“Nothing is forever except change.” Buddha’s ancient saying has rung true throughout the ages; for good reason. Nothing—no human, animal, endeavor or time—remains permanently static, no matter how much effort is applied otherwise. Rather, it is those who best manage change, who survive the longest.

Technological advancements in various industries bear out this reality. Huge companies, once giants in their field, have disappeared (think Blockbuster, Kodak and Blackberry, to name a few), swept aside by the rush of technological disruption that was ridden to victory by others. The goal, of course, is to avoid being a Blockbuster, and rather, be an Amazon: at the forefront of the technological revolution. 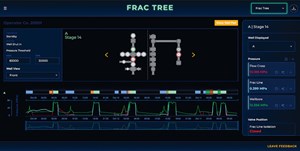 In the fracing sector of the industry, a technological transformation is likewise at hand. Once an industry flush with players, the decline in commodity prices has led to the consolidation of both operators and service companies. Seeking efficiencies, operators are moving away from the old model that focuses primarily on the operation itself, rather than the extremely valuable data coming into it.

Today, traditional frac operations include many different service companies on location, each using a different operating system, with different formats and different time stamps. This is the real problem—it is ONE operation! Trying to make sense of, and consolidate all, the unformatted data is very difficult and time-consuming. As a result, an immense volume of data that comes from site is simply not used. And the data that are used tend to have low accuracy in time stamping with regards to workflow. 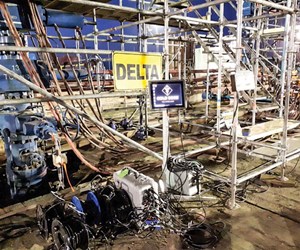 Fig. 2. All the services are plugged into an onsite edge server, which brings together all their data and sends it to the cloud as one, formatted, operational data set.

The new model, currently in use by operators across the U.S., is a centralized, universal completions operating platform. This platform uses proprietary algorithms to track the workflow off digitized frac trees, Fig. 1. This creates an unbiased common workflow time stamp and standardized data format. Finally, all services are plugged into an onsite edge server, where all the data from all the services are brought together and sent to the cloud as one, formatted, operational data set, Fig. 2.

This platform is now running in almost all basins and being adopted quickly to provide solutions to a number of key problems and inefficiencies, including manual data entry, massive infrastructure costs and a lack of visibility. It is the basis for the world’s first fully autonomous frac. Data is now king.

To make the shift, however, trust between the parties is required. The operator must know that the service company is working toward efficiencies and keeping costs low. Likewise, the service company must be able to capture its best operational efforts and be rewarded for those efforts. With the digitization of fracing, a single, formatted, operational data set connects everyone, no matter who owns the hardware. The operator and service company can manage the operation collaboratively, now fully transparent, using the unarguable digital data, Fig. 3.

Once a wholly integrated operation is in play, the sky’s the limit, when it comes to efficiencies, which directly translate into a shared increase in profitability for all parties. Safety; efficiency gains on invisible lost time; reduction of infrastructure; elimination of re-keying of data; improvement of data quality; and automated data movement are some key areas. On average, efficiency gains of up to 30% may be realized by digitizing fracing. 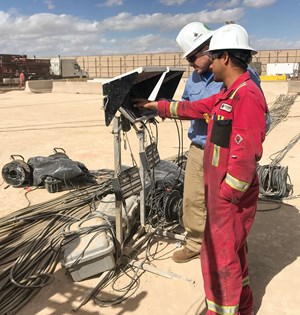 Fig. 3. The author (blue shirt) and an engineer confer at a fracing site in the Permian basin.

For example, in October, EQT Corporation, the largest producer of natural gas in the U.S., announced that in one year (between the third quarter of 2019 and the third quarter of 2020), it had experienced a 40% improvement in pumping hours per month, per crew, and a 35% improvement in stages per month, per crew. This was accomplished through the utilization of next-generation frac technology and a centralized operating system, which maximizes productive time and operational performance.

Automated data also allow service companies to differentiate themselves strategically in the market as top performers. They will want to execute the best operation that they can for the operator, because their performance onsite will be tracked and distributed in ultra-high resolution.

These ultra-high-resolution data provide the framework for trust between the parties and allow for performance-based contracts. For example, if the operator has shown an x-percentage improvement, a certain percentage of that savings can be shared with the service company responsible. These contracts can be automated. The model is a win-win for all parties, who will be incentivized to drive every efficiency and safety gain they can.

But, you say, we already have digital completions, with digital data. This may be true, but what it really translates into is a mess. Each service company has its own digital data, which is unformatted and non-correlated. The manual tracking of time stamps, which is inefficient, inaccurate and unsafe, is still required in most cases.

True digitization of fracing means organized, standardized and universally accessible digital data, driving a fully integrated operation—a complete step change from the current situation. This is not adding an analytics platform, this is creating a new standard and format inside a universal operating system that connects the control systems of every service company in the industry to one another. In effect, it is a complimentary control system of control systems. The near-future end-result will be fully autonomous fracing.

Since oil and gas companies spend about 65% of their costs on fracing, understanding those costs, how they relate to the total cost of the well, and how to bring those costs down, is key. Once those costs are fleshed out, they can be measured against the costs of drilling and production (both of which have been fully digitized) to get a clearer picture of the lifelong production of the well.

Of course operators need all of these benefits, but without added infrastructure. The current climate within oil and gas means numbers are being reduced and cost cutting is key. This is why automation advancements like this are so timely. Operators can obtain a turnkey master control and automation system, with 24-hour support from experienced frac operations and software experts. Cold Bore acts as the oil companies’ automation and software evolution hitman, helping them advance their operations, at a fraction of the cost to build the infrastructure in-house. This is the a la cart solution the industry has been looking for, even though it’s seeing it for the first time.

Just as in drilling and production, where digitization has led to major advancements in efficiencies, completions are ripe for a digital revolution. Once a transparent win-win is achieved, more efficient automation is the logical next step. The future is here, don’t get left behind.

By using Cold Bore Technology's SmartPAD to gain visibility into its completions operations, Hibernia Resources III reduced non pumping time from an average of 8.91 hours per day to 4.19 hours per day. The Operator also shaved 15 days off its 2020 campaign and saved $300,000 in fixed costs.Read More

When we talk about the digitization of well completions, forget the buzzwords you are used to reading; while they sound nice, they mean nothing. Instead, let’s focus on the concrete, monetizable solutions that operators are realizing right now.Read More